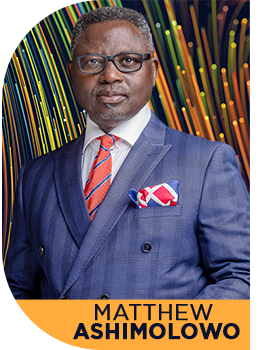 Matthew Ashimolowo is the President and Senior Pastor of Kingsway International Christian Centre, the largest church in Western Europe. An inspiring visionary, Pastor Matthew launched the UK’s first church-owned television channel, KICC TV, and his television and radio ministry Winning Ways is a source of inspiration and deliverance for the millions it across the globe. An award-winning and prolific author, Pastor Matthew has published more than 90 books, including “The Power of Positive Prayer Bible” and the pioneering ‘What’s Wrong With Being Black?’ – a book hailed for ‘reaching the parts community campaigners cannot reach’. Honoured several times as the most influential black person in the public sector/religion category in the Power List, Pastor Matthew’s influence on church growth and evangelism has been noted by local and international news media. A successful businessman, he is recognised as one of the most exciting and inspiring Christian voices on the world scene today.